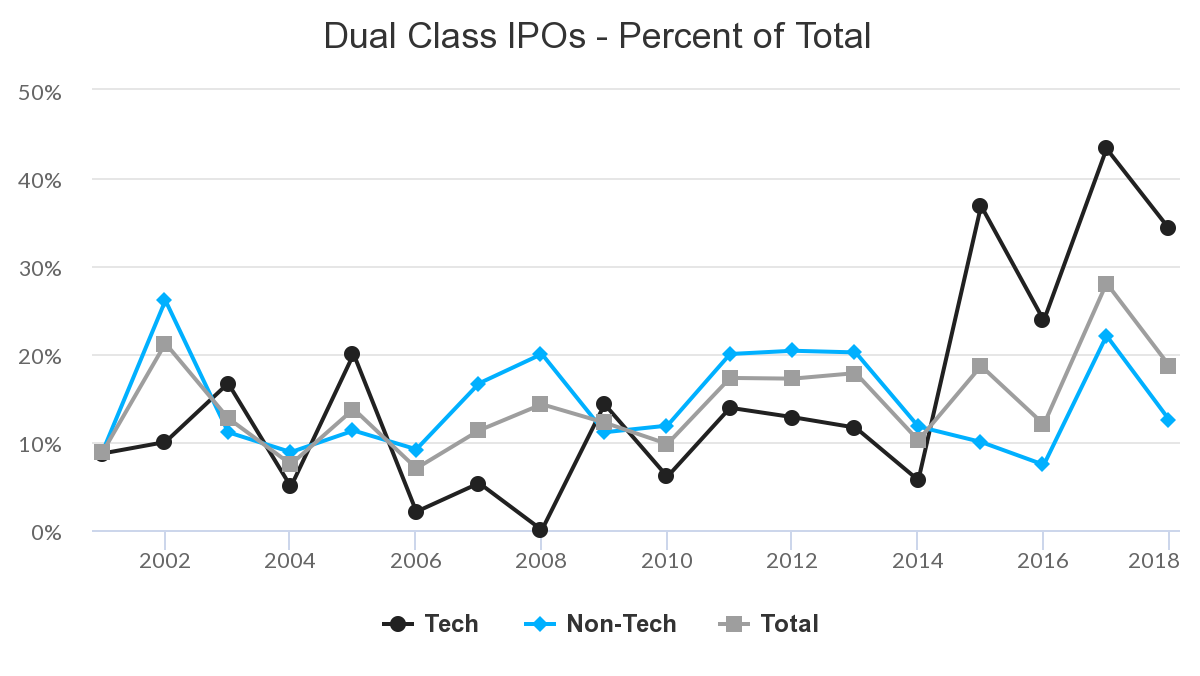 Dissident voices are emerging, expressing concerns over the inequity of dual class stock among tech companies – a structure wherein common stock is often split into two classes of shares, including one with preferential voting rights. In such a structure, the public float has standard voting rights (i.e., one share, one vote) while a second class of stock, the founders’ common stock, has majority or super majority voting rights (e.g., one share, ten votes). Founders will often reserve the majority voting stock to maintain control of the company post-IPO. As the chart above shows, dual class stocks are not unique to tech IPOs, but in recent years, tech IPOs have seen a steep jump in the dual class structure. 2019 has continued this trend, wherein five out of the eight tech companies referenced in our 2019 IPO Health Check listed with dual class shares. While this structure is not new or rare, the recent missteps from giant tech companies along with the wide disparity in post-IPO trading have brought increased scrutiny to this structure. 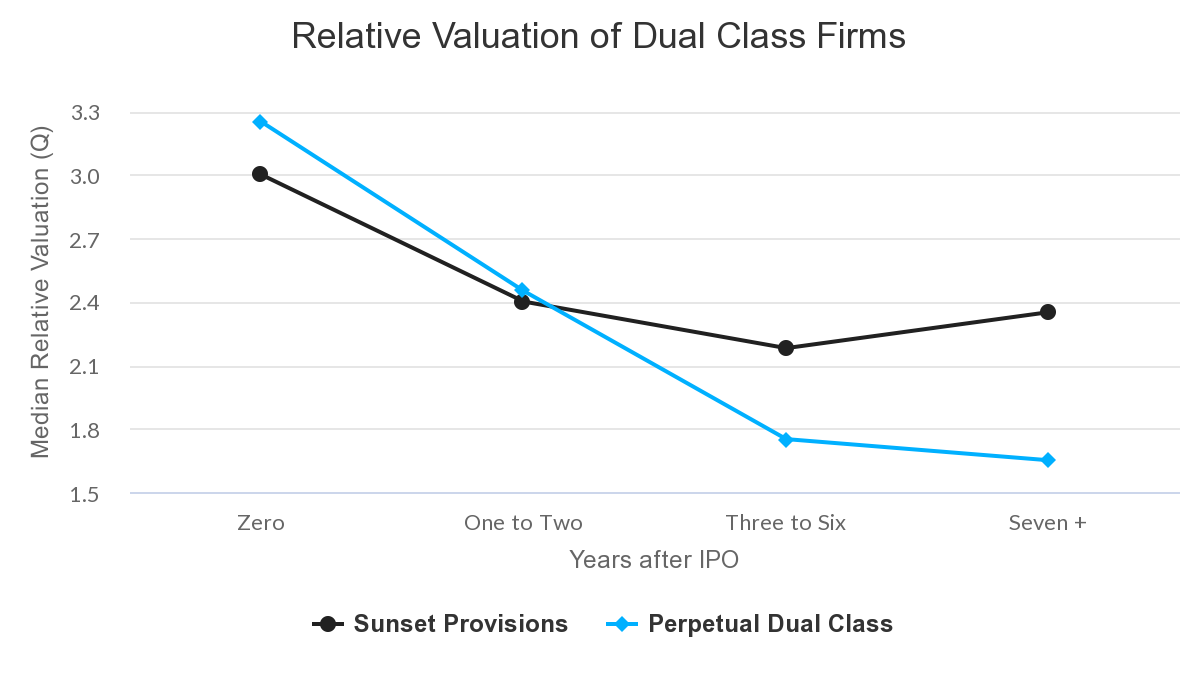