On October 14, 2016, SoftBank shocked the world with the announcement of its $100 billion Vision Fund, which would focus on investing in late-stage technology companies. Within 7 months of the announcement, SoftBank had already cemented $93 billion in commitments and has since closed on the entire $100 billion amount.  Now, as SoftBank begins to deploy capital from the fund, we believe it faces a colossal undertaking in delivering competitive returns to its investors, which include tech titans like Apple and Qualcomm, as well as the Saudi and Abu Dhabi sovereign wealth funds.

Assuming an internal rate of return (“IRR”) of 20%, which is quite modest by VC standards, our research team estimates that SoftBank will have to generate over $142 billion in cash for the Vision Fund, which is approximately what Amazon was worth 16 years after its IPO. We further argue that, to compensate for the riskiness of SoftBank’s underlying investments, its investors are likely expecting returns of at least 30 to 40%, or a confounding $35 to $55 billion of cash generated per year in the second half of the fund’s life.  This would be the equivalent of spitting out an eBay-to-Tesla-sized company every year at current market prices.

“Masa’s ability to raise money is staggering,” according to Atish Davda, EquityZen CEO and Co-Founder. “SoftBank cemented $93 billion in only 7 months for its Vision Fund.  Compare that to the entire U.S. venture industry that took over 3 years starting in 2014 to cross $100 billion raised. The real question for Masa now is whether he’ll be able to generate competitive equity returns, especially following the mega rounds SoftBank is leading at seemingly frothy valuations.”

Our team spent some time digging into the economic reality facing SoftBank in its quest to deliver competitive returns to its investors. Our goal was to approach the question from a data-driven perspective, looking at real dollar values that the Vision Fund would have to hit to meet its hurdle rate of return. Below, we’ve included some key highlights from our research team’s full report on the Vision Fund:

The Vision Fund is extraordinary not only in scale

SoftBank’s new fund may be the largest pool of VC capital ever raised, but it is also rare due to its hybrid debt and equity structure. Nearly 45% of the Vision Fund’s capital comes in the form of “preferred units,” which carry a 7% annual coupon and will need to be paid back at the end of the fund’s life. The interest expense alone will be over $3 billion per year, or almost $38 billion in total.

Media reports indicate that investors are not seeking VC returns but rather private equity-like performance, targeting returns of at least 20%. Even at a more modest 20% hurdle rate, the Vision Fund will need to return almost $23 billion in realized equity value per year after the fund’s investment period.

Including the annual interest payments, this equates to roughly the GDP of El Salvador every year over this period. If investors are chasing a 20% IRR, there are plenty of PE funds available to participate in with strong track records investing in stable, cash-flow positive businesses rather than divisive companies like WeWork.

Strong returns will require the creation of a new tech elite

Assuming investors are seeking returns approaching SoftBank’s historical track record of 44%, the Vision Fund will have to nurture the creation of a new tech elite. For example, at a 40% IRR, the $9.3 billion SoftBank-led investment in Uber implies a $1 trillion plus valuation if Uber goes public towards the end of the fund’s life. Apple took nearly 38 years to reach its record-breaking $1 trillion valuation. 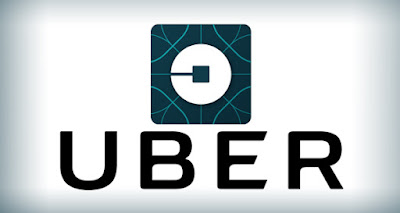 The Vision Fund has changed the rules of the game

Regardless of SoftBank’s returns targets, Masayoshi Son has been quite transparent that one of his primary objectives is to provide entrepreneurs with limitless capital to pursue the next generation of technological innovation. With a $100 billion checkbook and a clear appetite for tackling the most polarizing tech companies, the Vision Fund is crowding out competition, proliferating megarounds and lowering the cost of capital across the VC sector. These themes are only likely to grow as other VCs follow suit with their own megafunds to compete, as Sequoia has recently done.