General Solicitation: The Elephant in the Demo Day Room 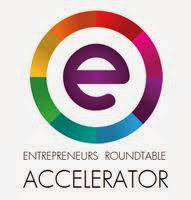 "None of the companies here are fundraising....  This is not a general solicitation."

We're interested to see how the Blueprint Health demo day (which is today, September 26) handles the issue.  If you attend, drop us a line in the comments section below.

In addition to monitoring evolving demo day practices, the SEC may have something to say as well, which will no doubt influence market practices around demo day.  Proposed amendments to Rule 506 of Reg. D have generated considerable controversy in the startup world.  Comment letters have asked the SEC to clarify general solicitation, including addressing demo days specifically (ideally creating some kind of explicit safe harbor around demo day practices).

As the regulatory landscape around fundraising continues to shift, it behooves founders and investors alike to monitor these changes and see where market practices settle out.
View more blog posts