Employee Shareholder Buybacks: A New Trend, But Not a New Normal 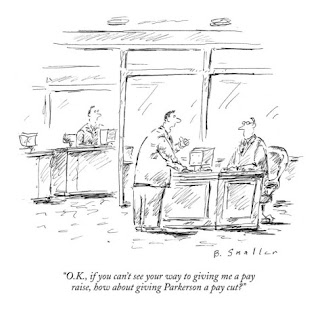 Phil Haslett
Jul 15th, 2013
Today, video-game maker Kabam announced it raised $38.5 million at a $700 million valuation. However, this was not a capital raise, but rather an exchange of existing shares for cash. In particular, it was an exchange of employee shares. Ah, if only more companies could have a CEO like Kevin Chou, who said that "Kabam talent should share in the value that they are creating for our company’s shareholders, including themselves."

Employee shareholder buybacks remain a rarity for private startups, and with good reason. For one, the company needs the cash to do so. Most startups take a few years to become cash-flow positive (it took Facebook 5.5 years), and the company's venture capital investors normally earmark their investments for capital expenditures that will grow the business rather than pay out employees. Moreover, the founders and management team want to keep employees "invested" in the company's long-term success, and an equity stake ensures that he or she remains incentivized to work hard and grow the company.


Here are a few other examples of recent employee shareholder buybacks:

Lending Club:
In May 2013, Google bought $125 million of Lending Club equity from existing and initial investors (including early employees) for a 50% stake in the company at a $1.55 billion valuation.

Of note in all three transactions is the price-tag: north of half a billion dollars for each. Also, LendingClub is the youngest of the three, founded in 2006. Clearly, some private companies are opting to stay private for longer. But at a certain size (and age), they must compensate tenured employees with more than just equity; otherwise they risk an exodus of their best talent.

So if you're an employee shareholder at a private startup, don't count on a buyback until the company really demonstrates scale and becomes profitable.  Otherwise, remind your employer about options they (and you) have available.

Phil Haslett is the co-founder of EquityZen, the alternative marketplace and resource center for private shareholders.