Our WeWork IPO Center has arrived!

WeWork is the community for creators. They transform buildings into beautiful, collaborative workspaces and provide infrastructure, services, events and technology so their members can focus on doing what they love. They currently have nineteen locations in six cities with over 10,000 members. Their members run the gamut – startups, small businesses, freelancers, writers, independent film makers, you name it. One thing they all share is an entrepreneurial spirit. Being a part of this powerful community helps them achieve much more together than they could individually.

A Co-Working Comparison: WeWork vs. IWG. The threshold question for us at EquityZen is—can WeWork’s technology propel significant operating leverage in the co-working industry such that it’s deserving of such a large valuation premium? With only 10% of WeWork’s current locations defined as “mature” by the company, we think the answer to that question is far too uncertain and distant for WeWork to merit a 26x revenue multiple. We’ll be sitting this IPO out. Read More...

Is WeWork a Tech Venture or Just a Cash-Burning Real Estate Company? Based on its last private raise, WeWork was valued at $49B, translating to a 27x P/S (price-to-sales) multiple. WeWork, though, largely functions as a commercial real estate services company, competing against JLL, CBRE, and IWG. When benchmarked against these companies, WeWork should be valued between $900M and $1.8B. Read More...

WeWork Takes Unusual Path to IPO. WeWork recently took its second major step to the public markets when reports indicated that the company would be hosting a Wall Street analyst day on July 31. Such an event would typically happen after a company hires underwriters for its IPO. Nevertheless, we expect underwriters will have many questions regarding WeWork’s operational and financial health. Read More... 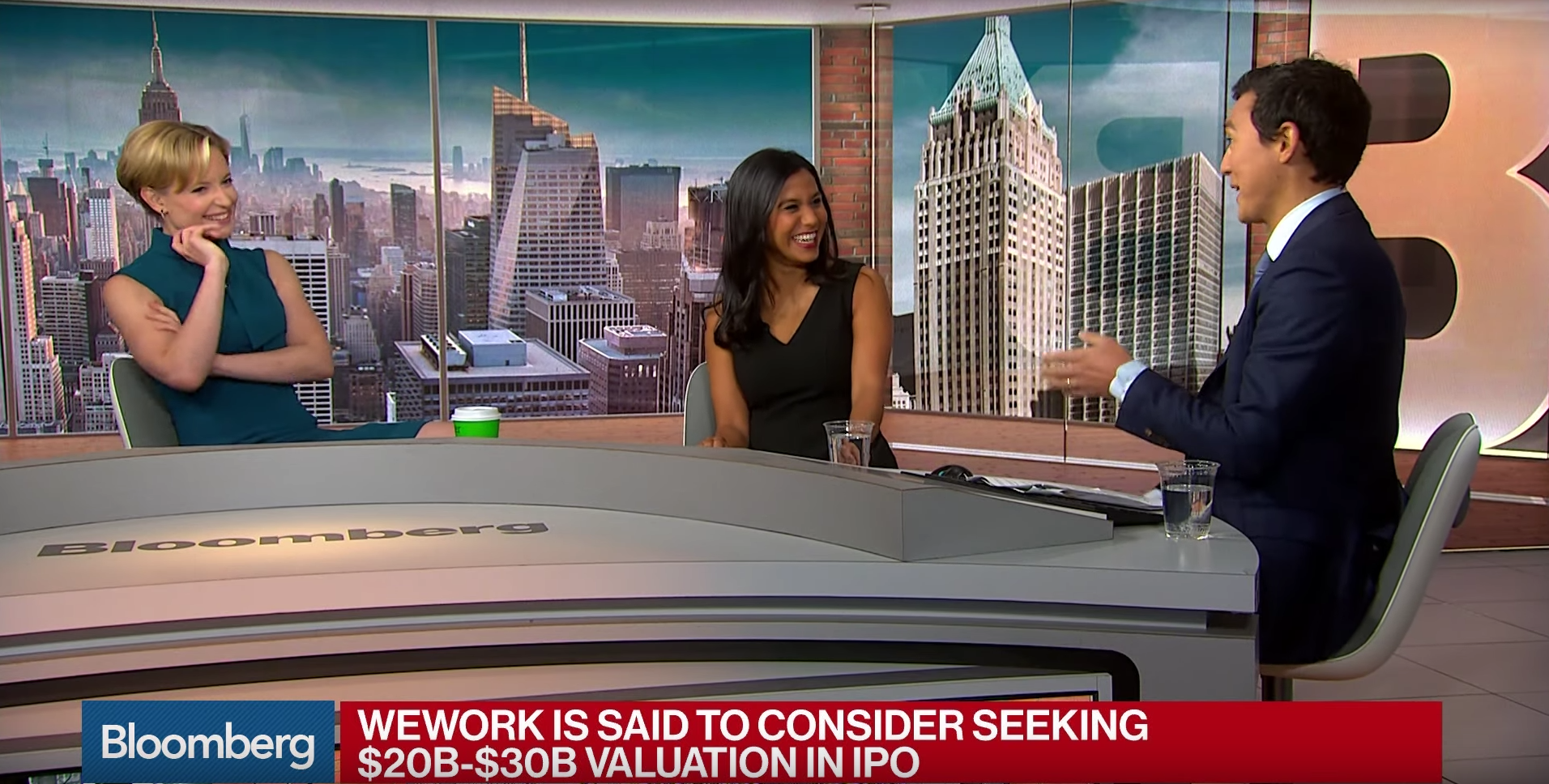 Co-Founder, Chief Executive Officer and Chairman of the Board

The We Company, Ahead Of Its IPO, Acquires Spacious For More On-Demand Bookings

Is WeWork A Good Business?

Ahead Of WeWork, Cloudflare, And SmileDirectClub IPOs, The Pipeline For Future Debuts Is Thin

6 Reasons Not To Invest In We's IPO

Inside WeWork, one couple wields control

WeWork wants investors to think of it as a tech company. These 5 slides illustrate how its numbers tell a different story.

EquityZen does not have an affiliation with, formal relationship with, or endorsement from any companies featured above. This profile is based on publicly available information and is intended to be informative in nature.

Some data provided by Crunchbase

On our trusted digital marketplace for private companies

EquityZen helps investors to access private companies and their employees to sell shares.