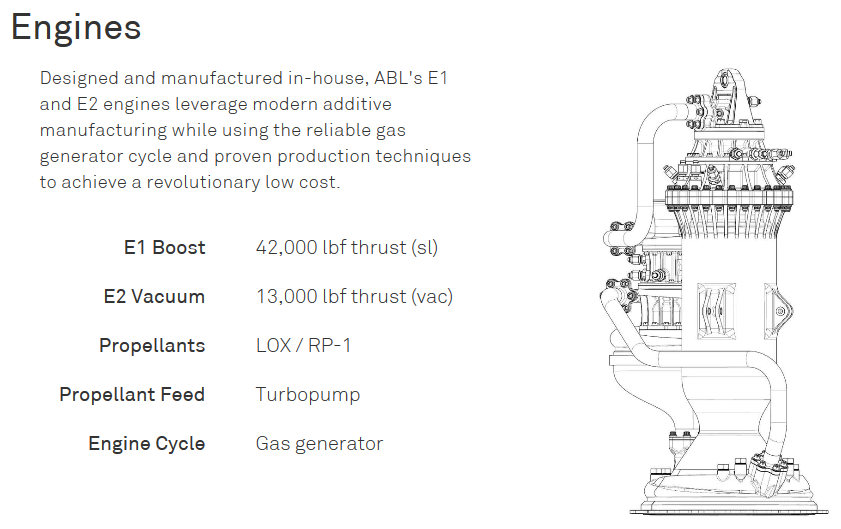 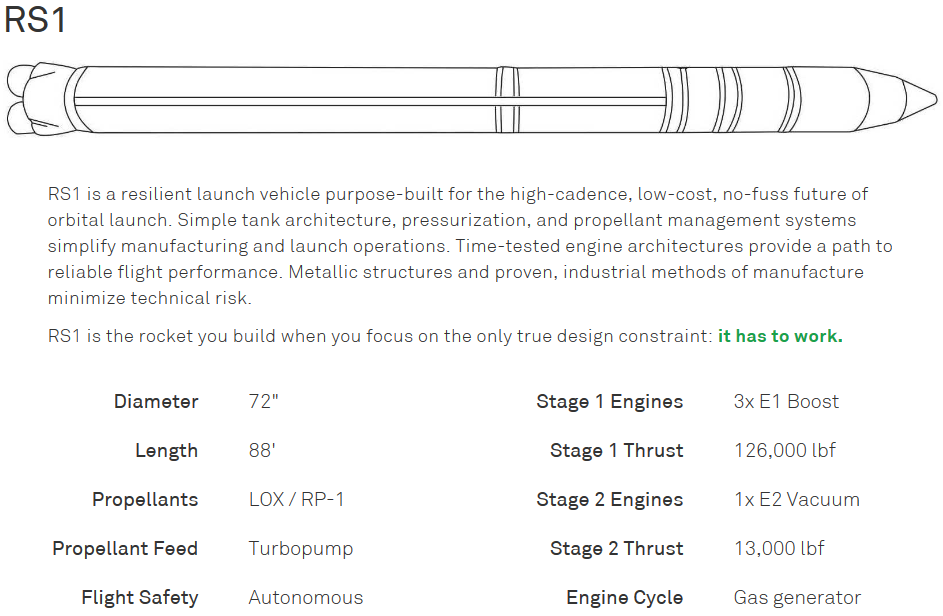 According to ABL Space Systems, at a 1,200 kg payload capacity, the RS1 aims to provide meaningfully more payload capacity than many nanosatellite launchers.  The RS1 can carry single large satellites or a combination of many 150kg to 350kg satellites to Low Earth Orbit. Additionally, ABL's launch systems and RS1 launch vehicle are packaged into shipping containers, making the entire launch pad mobile and deployable. For commercial satellite operations, ABL aims to enable the flexibility to launch from any FAA-licensed fixed launch site with ease. For government space resiliency efforts, ABL’s deployable launch system aims to give Department of Defense and Intelligence Community customers the ability to launch satellites from distributed, non-traditional launch sites.

ABL Space Systems has a 20,000 square foot facility for research, development, and production in El Segundo, California and has also established a test site in Camden, Georgia with 10,000 square feet of integration and testing facilities and a 250 acre test site. Moreover, the Company has a private engine test site in Las Cruces, New Mexico.

ABL Space Systems was founded in 2017 and is headquartered in El Segundo, California. The Company has a team of over 20 aerospace engineers with prior experience at SpaceX, Virgin Orbit, Boeing, Lockheed Martin, Pratt + Whitney, and elsewhere.
Source: ABL Space Systems
For an investor presentation prepared by ABL Space Systems, which includes more details on the Company's business, please see below.

EquityZen does not have an affiliation with, formal relationship with, or endorsement from any companies featured above. This profile is based on publicly available information and is intended to be informative in nature.

Some data provided by Crunchbase

On our trusted digital marketplace for private companies

EquityZen helps investors to access private companies and their employees to sell shares.