Sell your Impossible Foods shares and get liquid today

EquityZen helps you sell your Impossible Foods shares to fund life’s biggest expenses: a new home, student loans, an engagement ring or even your dream car. 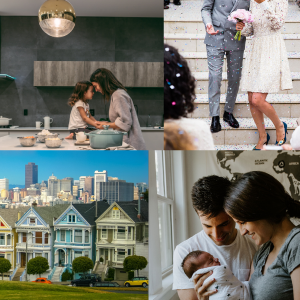 Known for their Impossible Burger...Impossible Foods is an alternative meat processing company that seeks to replicate the flavor and taste of meat, but make things entirely out of plants. Their mission is to “save meat and the earth”, highlighting how animal agriculture occupies almost half of the land on earth, consumes a quarter of our water, and destroys our ecosystems.

But instead of eliminating meat from diets, they propose changing the way that it is made; substituting everything from burgers to hot dogs to fast food with plant-based proteins that retain the flavor we already know and love.

Barclays estimates that the alternative meat market can reach $140 billion over the next decade, which is equal to roughly 10% of the $1.4 trillion global meat industry.

Impossible Foods’ primary rival - Beyond Meat - went public in early May 2019 to much fanfare. And even though Impossible Foods’ CEO says that now (August 2019) is not the right time to go public, a Wall Street Journal report indicates that investors are rushing to get a piece of Impossible Foods while it remains private, with transactions on the secondary market valuing the company at nearly $5 billion.

Having recently received approval from the FDA, Impossible Foods is preparing to launch its products in grocery stores in September 2019, marking its entry into the food retail business after focusing much of its initial efforts on the food service industry.

How do I sell my Impossible Foods shares?