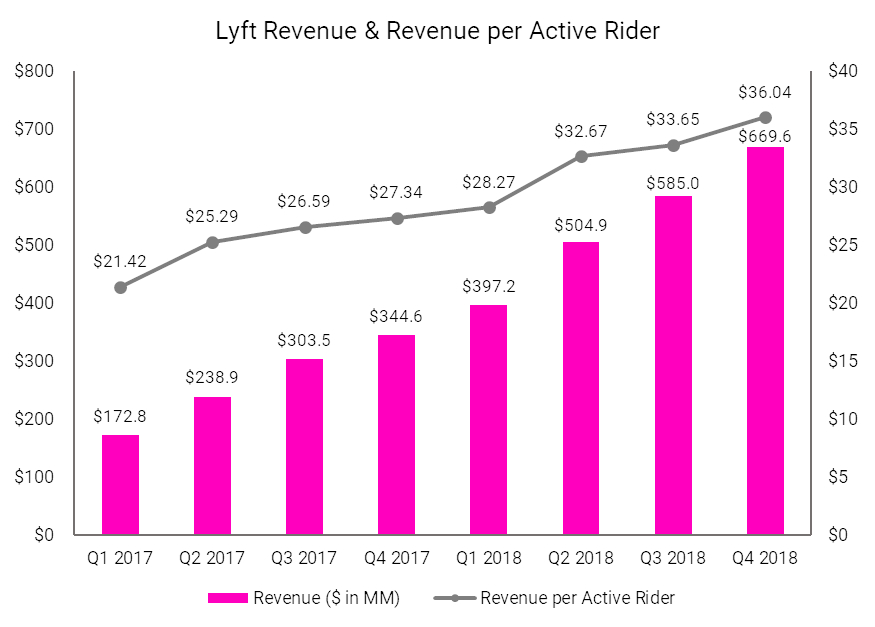 Investor Questions Remain. Lyft has demonstrated that its ride-hail business is a force to reckon with, and the company has successfully trimmed costs. However, Lyft’s expenses crossed $3 billion last year—despite improving margins, the most popular question on Lyft’s roadshow will certainly be whether the company can continue charging towards profitability without sacrificing growth and ambitious autonomous vehicle goals. Additionally, we found that the S-1 lacked substantive guidance on the future of Lyft’s scooter and bike investments, which will be crucial segments if Lyft is to realize on its multimodal ambitions. On the autonomous vehicle front, we know that Lyft is supercharging R&D spending (the R&D budget has nearly quintupled to $301 million from 2016), but we would guess Lyft’s spending comes up short against Uber’s, which has raised over $20 billion since inception.