S-1s are fun. If you recall (Week #181: WTF is an S-1), they typically offer the public their first full dive into the company’s financials.

I’m always curious to look at a pre-IPO tech company’s “story” at the time of their last private capital raise. Redfin, a real estate technology company planning to IPO later this month, had raised $71M in December 2014, at an $840M post-money valuation. 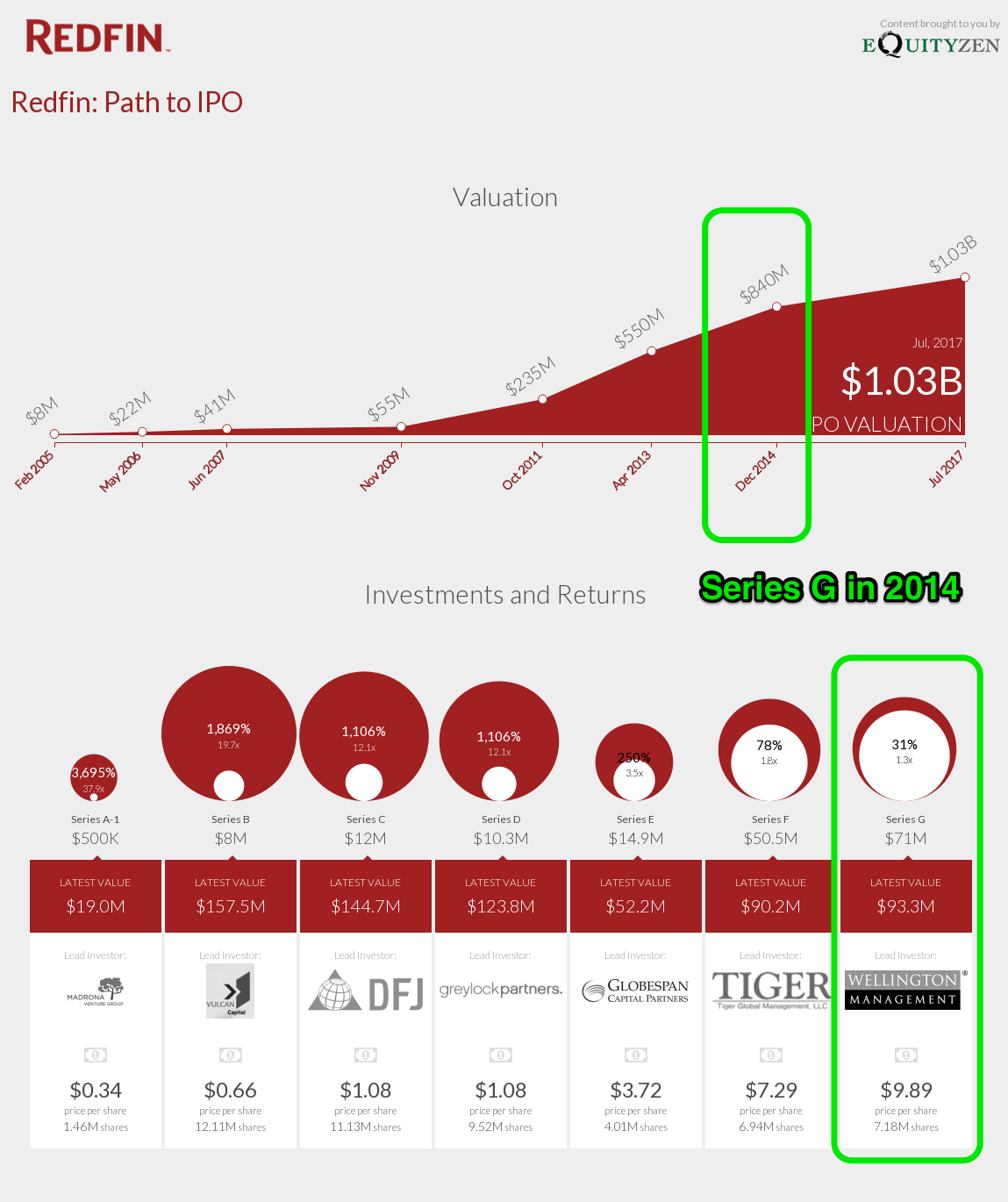 As the round closed in December 2014, Redfin was able to show institutional investors, with a high level of certainty, what their 2014 numbers would look like. As per the S-1, the company generated $125M in 2014 revenue and had Net Income of -$25M: This implies a revenue multiple of 6.7x ($840M valuation divided by $125M of '14 revenue) that institutional investors were willing to pay in 2014. How does that compare to the (yet-to-be-finalized) IPO valuation in 2017? Let's go back to the infographic: 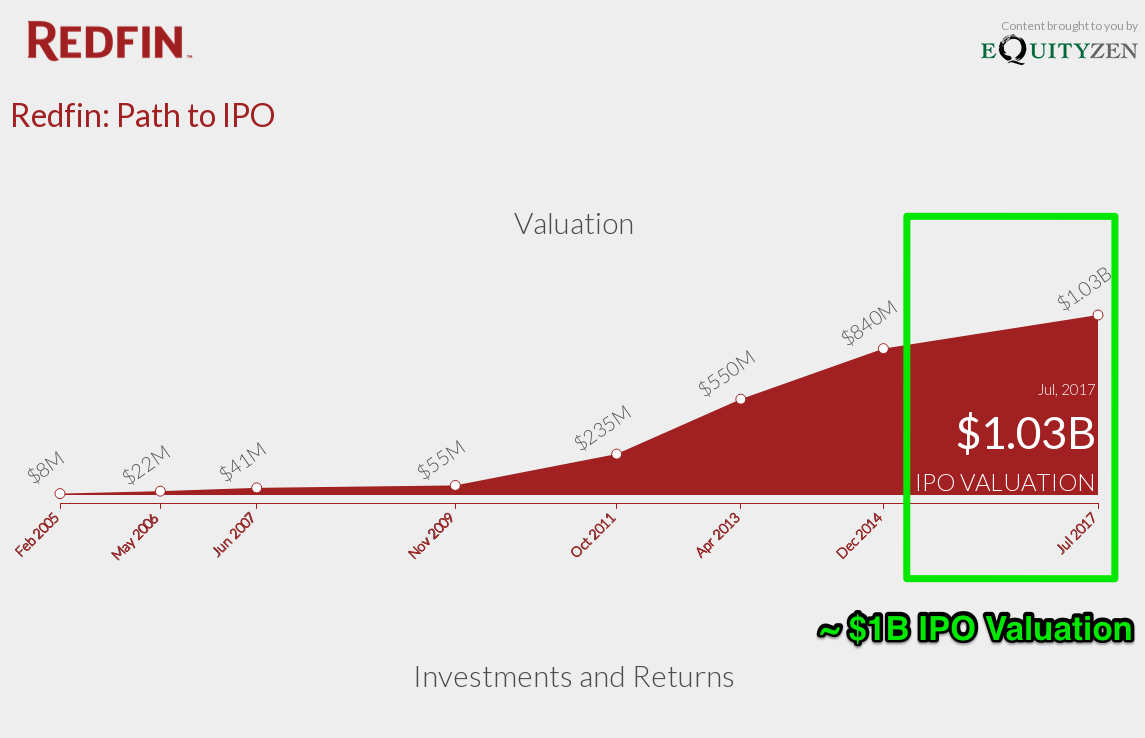 So what does this mean for you, the pre-IPO investor, as you evaluate secondary opportunities? We recommend that investors look at pre-IPO companies through the lens of what valuation the company may command in the public markets in the future. Redfin helps paint a picture of the evolution from a privately held, growth technology company, into a publicly traded entity as it heads towards its IPO.