If An Economic Slowdown Arrives, Which Startup Sectors Are Better Prepared? 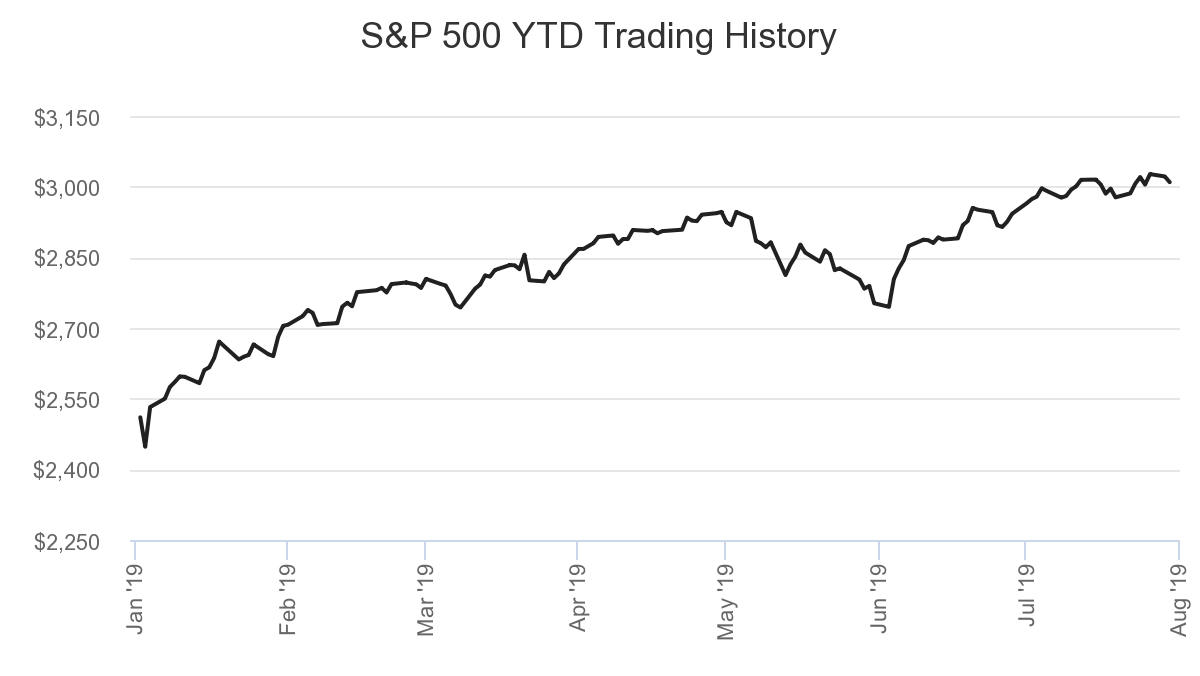 The U.S. economy entered the longest expansion in history as of July 2019, reaching 121 months of consecutive GDP growth and beating the last longest expansion, which was between March 1991 and March 2001. Contrary to the economic data though, the stock market has experience much turbulence, seeing large swings due to various factors, such as rising interest rates, trade war concerns, and weakening economic indicators. The year began with the S&P 500 recovering from sustained losses in December, losing 305 points intramonth (on December 24th, 2018, the market briefly entered in a bear market, defined as a 20% drop from the most recent high). The summer saw a fall in the S&P, largely due to the U.S.-China trade war that escalated fears that a prolonged trade war would trigger an economic slowdown. Now that the economy has hit a record expansion, investors are debating when it will end, as cracks are starting to emerge. In particular, the yield curve and ISM Manufacturing Index are showing that a storm is nigh. As a result, investment safety is a growing priority for investors.

VC-backed companies and other growth-oriented investments are typically not viewed as “safe” or defensive from an investment standpoint. That said, some of these companies may fare better than others in a shifting economic climate. In our view, the following characteristics will likely contribute to more resilient valuations across the cycle:

Three industries with these characteristics include Enterprise SaaS, Beauty / Consumer Staples, and Security.

The enterprise software-as-a-service (SaaS) business model has changed how many companies operate. Historically, companies kept mission-critical business processes inhouse, but enterprise SaaS startups provided a cheaper, subscription-based model for these applications. By abandoning the inhouse model, customers became dependent on enterprise SaaS companies. Therefore, enterprise SaaS startups are in a unique position to sustain operations in a market downturn, as companies will be required to continue subscriptions.
Additionally, these startups have low capital expenditures when compared to their revenue. IT infrastructure has fundamentally changed with the emergence of merchant cloud-computing offerings. Startups no longer have large capital expenditures to create an entire IT infrastructure to maintain their software and now rent server capacity on a variable cost basis. As a result, enterprise SaaS startups have the added benefit of paying variable costs, dependent on demand in a slowdown.

The beauty and consumer staples industries produce products that are needed on a recurring basis, and as a result, this sector has historically been immune to slowdowns. The beauty sector has the added benefit of having non-cyclical goods. For example, luxury cosmetics are not subject to the same effects of a market downturn, as individuals who can afford these products are usually not affected by volatility. On the opposite spectrum, beauty and consumer staple products can have relatively low price points, lessening the need to seek alternative brands.

These companies, accordingly, operate with a sticky customer base that will continue to purchase goods on a recurring basis, despite a market downturn.

Companies across all industries are increasingly focusing on security. As the number of data breaches and cyberattacks rises, executives are expanding budgets on security services.  A market slowdown would not change the underlying demand for security services, as the threat of attacks will remain.

Thus, startups in this sector have sticky customer bases, as their services have been deemed mission critical. Additionally, much like enterprise SaaS startups, security services are usually delivered through the cloud, which lowers capital expenditures and increases variable costs.