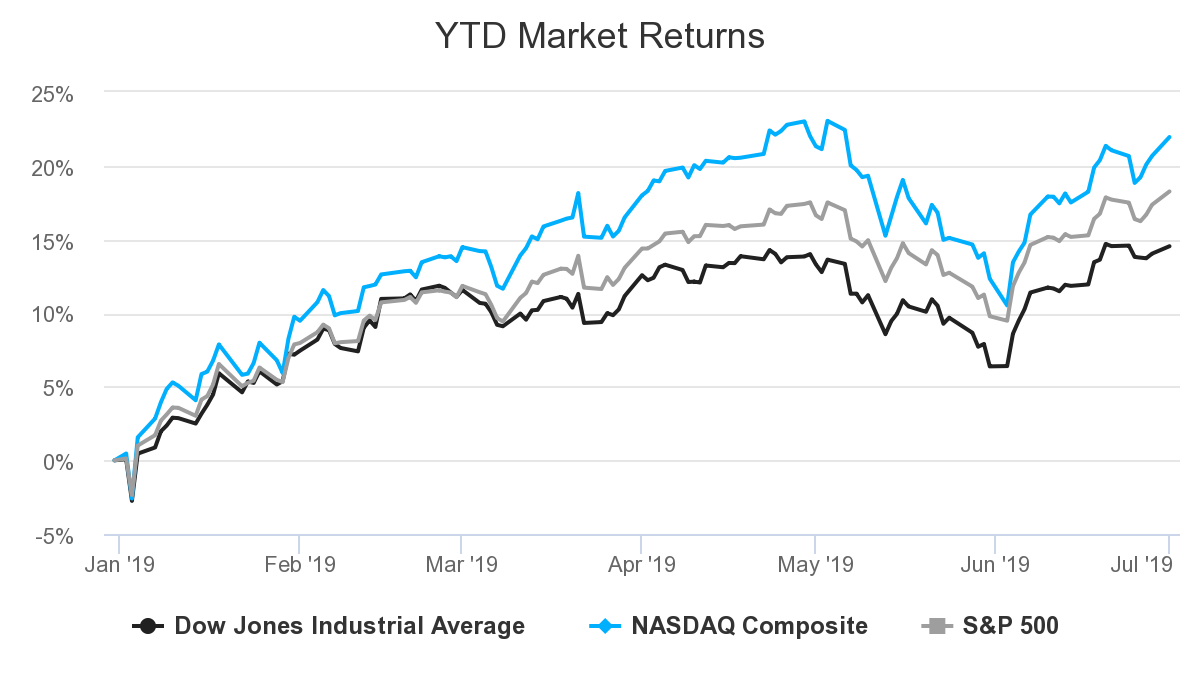 The stock market has had a tumultuous year, fueled at times by strong U.S. economic indicators and depressed at other times by trade war concerns. Despite these competing factors, the Dow Jones, NASDAQ, and S&P 500 are up 14.53%, 21.94%, and 18.25%, respectively, in the first half of 2019. The year began with the markets reacting to a prolonged government shut down, lasting 35 days from December 22, 2018 to January 25, 2019. The market quickly recovered after the government reopened as strong economic indicators, mainly labor market data, showed a relatively strong economy. These tailwinds, though, have been met with concerns regarding the length of the current U.S. economic expansion (now the longest on record) and the effects of a multi-front trade war. In May, trade talks between the U.S. and China broke down, and a subsequent tariff raise wiped out much of this year’s returns. June witnessed a market recovery, mainly driven by the Federal Reserve holding interest rates steady as trade concerns mounted. The markets will continue to tune into domestic and international economic indicators, looking for any cracks that may point to trouble ahead. For now, the markets continue to enjoy a strong year.

As we close out the first half of 2019, we’d like to thank you for your continued readership. We wish you a Happy Fourth of July, and we’ll be back with original content after the holiday.