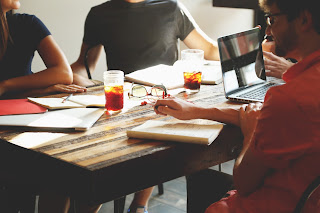 Tech startups are among the hottest places to work, due to the easy going culture, growth potential, and talented environment. As these companies are staying private for longer, startups have grown into companies full of opportunities. For 2016, EquityZen has compiled a list of the top 10 tech startups to work for.

What it does: Datadog is a monitoring service that compiles information from servers, databases, applications, tools, and services.
Where it’s based: New York, New York
Why it’s a great place to work: The company helps its clients bring together data from a variety of infrastructure and software to develop insights. Some of its clients include Salesforce, Airbnb, Samsung, and Google. According to the CEO, Olivier Pomel, Datadog has been tripling its revenue in the last four years. In such a competitive market, Datadog has been able to differentiate itself. This is a fast-growing company that is constantly working to improve its product. Employees appreciate the excellent and strong culture, which is in part due to a management that cares about its employees. There is a lot of room to allow its employees to grow and learn. Additional perks include free lunches, great snacks, and team outings.
Financing history: In January 2016, Datadog announced a massive $94.5 million in Series D funding, led by ICONIQ Capital. Other investors include Index Ventures and Contour Venture Partners. This brings the company’s total funding to $147.9 million.
Current open positions: https://www.datadoghq.com/careers/
Glassdoor Profile

What it does: An open platform that allows developers and system administrators to build, ship, and run distributed applications.
Where it’s based: San Francisco, California
Why it’s a great place to work: Docker is disrupting the software industry with the creation of “containers,” which allow apps to be hosted in different devices without the need to change them. The company has been sought out for partnerships from large companies such as Dell, Google, and IBM. The company has a fun startup work environment that is filled with talented and skilled individuals. Docker’s persistent desire to solve problems in innovative ways has made it a company full of growth potential.
Financing history: With $180 million in total funding, the company is now valued at $1 billion. Its most recent round of funding was in April 2015, led by Insight Venture Partners. Other prominent investors include Sequoia Capital, Lightspeed Venture Partners, and Benchmark.
Current open positions: https://www.docker.com/careers
Glassdoor Profile

What it does: Dollar Shave Club delivers razors and personal grooming products to its online subscribers every month by mail.
Where it’s based: Los Angeles, California
Why it’s a great place to work: Dollar Shave Club is making the lives of men easier by providing them with a cost-effective and convenient way of obtaining their grooming products. According to employees, the company is full of experienced and diverse personalities. Like many startups, it is fast-paced and there are constant opportunities to learn, grow, and improve. The company, although not yet profitable, has high revenue growth, tripling its 2013 revenue to $65 million in 2014.
Financing history: The company recently received a funding of $90.7 million in November, which brings its total funding to $163.5 million. Investors include Kleiner Perkins Caufield & Byers and Forerunner Ventures. Dollar Shave Club is valued at $630 million.
Current open positions: https://www.dollarshaveclub.com/join-the-team
Glassdoor Profile

What it does: Similar to Uber, Lyft is a peer-to-peer transportation platform that connects people who need rides with drivers willing to provide rides using their own vehicles.
Where it’s based: San Francisco, California
Why it’s a great place to work: With its fast growth, Lyft has developed to become a major threat for Uber. Many of the employees praise Lyft’s values, which include “Be Yourself” and “Make it Happen.” The culture encourages innovation and passion, which are major reasons for the company’s growth. Employees appreciate the autonomy and the direct impact their work has on the company. Additionally, there are great perks that come with working for Lyft: free lunches, stocked kitchen, dog-friendly office, and Lyft credits.
Financing history: Lyft recently raised $1 billion, bringing its valuation to $5.5 billion. Part of this funding includes GM’s $500 million investment in the company to help develop a network self-driving cars. The company has raised a total of $2.01 billion from notable investors such as Andreessen Horowitz, Icahn Enterprises, and Coatue Mangement.
Current open positions: https://www.lyft.com/jobs
Glassdoor Profile

What it does: OfferUp is a mobile marketplace for local buyers and sellers.
Where it’s based: Seattle, Washington
Why it’s a great place to work: OfferUp allows people to sell and buy items by simply posting a picture on its secure marketplace. In 2015, it saw significant growth with a total of $2.9 billion in total transactions. Employees appreciate the autonomy and support they are given to innovate and develop their ideas. This allows employees to constantly grow and improve with the company. Additionally, management is flat, communicative and transparent, encouraging employees to offer feedback. Other fun perks include game nights, a fully stocked kitchen, and free Friday lunches.
Financing history: The company has received $88.8 million in funding from notable investors that include Coatue Management and Tiger Global Management. Its most recent round of funding was in November 2015 for $15.8 million.
Current open positions: https://offerupnow.com/jobs/
Glassdoor Profile

What it does: Provides health insurance through technology.
Where it’s based: New York, New York
Why it’s a great place to work: Oscar aims to simplify health insurance by using sophisticated technology. Although a young company, Oscar has already made big moves in the healthcare industry. In December 2015, it was announced that Oscar and ZocDoc would collaborate with the government to provide health insurance to uninsured Americans.  The company provides significant job support to help their employees grow and create a united environment. By valuing communication, feedback, and talent, Oscar has developed a talented team that is passionate about the product. Additionally, the company provides great perks such as health insurance and snacks.
Financing history: Since its founding in 2013, Oscar has received an impressive funding size of $327.5 million from investors such as Google Capital and General Catalyst Partners. Its most recent round of funding was in September 2015 for $32.5 million, led by Google Capital.
Current open positions: https://www.hioscar.com/jobs/?locale=en?locale=en
Glassdoor Profile

What it does: A team communication application with features that include real time messaging, archiving, and search.
Where it’s based: San Francisco, California
Why it’s a great place to work: Slack is one of the most talked about startups. This messaging app has attracted millions of users from a diverse range of companies. Slack has seen immense growth in the last couple of years; there are currently 10 times as many users as there were a year ago. Employees appreciate the strong leadership and passion-driven team. The company offers many opportunities to its employees, allowing them to grow and learn professionally and personally.
Financing history: For a startup that is only two years old, Slack has received a total funding of $339.95 million at a valuation of $2.8 billion. Notable investors include Andreessen Horowitz and Accel. The most recent round of funding in April 2015 brought in an investment of $160 million led by Social Capital.
Current open positions: https://slack.com/jobs
Glassdoor Profile

What it does: SoundCloud is a leading social platform where people can create sound and share them.
Where it’s based: Los Angeles, California
Why it’s a great place to work: With a platform of 150 million registered users, SoundCloud is taking advantage of the music industry. Unlike Spotify and Apple Music, SoundCloud differentiates itself by providing content and remixes from young and unheard-of artists. SoundCloud’s team is very passionate about what they do, which creates a work environment that is fueled with inspiration and commitment. Although the work can be intense at times, the atmosphere is still very social, allowing employees to have fun. Additional perks include catered lunches, various snacks, and jam sessions with real musicians.
Financing history: In January 2014, SoundCloud raised $60 million at a $700 million valuation. The company has received a total of $123.32 million in funding from investors that include Index Ventures and Union Square Ventures.
Current open positions: http://soundcloud.com/jobs
Glassdoor Profile

What it does: A money transfer service that allows individuals and businesses to send money abroad without hidden charges.
Where it’s based: London, United Kingdom
Why it’s a great place to work: From the same individuals who built Skype, Transferwise is one of Britain’s few unicorns with a valuation over $1 billion. The company has plans to partner with banks to offer its services in banking apps. According to employees, they appreciate that this company constantly provides them with personal and professional growth opportunities. Transferwise supports a collaborative environment and expects everyone to contribute through feedback and ideas, creating a strong culture. The work is demanding and challenging, but also meaningful and rewarding.
Financing history:  In January 2015, Transferwise received $58 million in Series C, which brought its total funding to $90.37 million. The lead investor from this round was Andreessen Horowitz. Other prominent investors include Index Ventures and IA Ventures.
Current open positions: https://transferwise.com/jobs/
Glassdoor Profile

What it does: 23andMe is a human genome research company enabling users to study their ancestry, genealogy, and inherited traits.
Where it’s based: Mountain View, California
Why it’s a great place to work: 23andMe is innovating the healthcare industry by providing a low-cost alternative to doctor visits. Many of its employees agree that the projects are interesting and meaningful. Although it is a fast-paced environment with the expectation to work independently, the atmosphere is full of passionate and smart individuals. There is a lot of transparency regarding the future of the company. Additional perks include free lunches and drinks, an onsite gym, company swag, and a dog-friendly office.
Financing history: 23andMe’s latest round of funding was in July 2015 for $115 million, which made the company eligible for the Unicorn Club at a valuation of $1.1 billion. The company has received a total of $225.55 million in funding from investors that include New Enterprise Associates, Google, and Johnson & Johnson Development Corporation.
Current open positions: https://www.23andme.com/careers/
Glassdoor Profile
Information on culture, market growth, and valuation was gathered from Glassdoor, Crunchbase, and EquityZen’s internal search.
View more blog posts