Too Much of a Good Thing: Side Effects of Equity Over Incentivization

Harvard Business Review (HBR) published an article that strikes a chord with anyone at the helm of a young company: There Is Such a Thing as Too Much Incentive for Entrepreneurs.

We agree with the author, N. Taylor Thompson, who reminds readers that even the most powerful tool--motivation--must be applied in moderation.

Aimed at aligning incentives of investors and founders, the economics of this tool bonds founders ever tighter to the fate of the company.  Life events such as getting married, having a child, buying a home don't work on the same timeline as the growth and exit of the company.  Personal economics, thus, gets muddled with that of the business causing the founders to seek an exit sooner at a smaller valuation than do their investors.1

While founders have much of their net worth tied up in private companies, they are not the only ones feeling the deleterious effects of incentive over-exposure.  Employees who often take pay cuts to pursue a more satisfying career in these growth companies find themselves cash-poor and paper-rich.  We object to this penalty, and many who don't qualify as 'cash-poor' do as well. 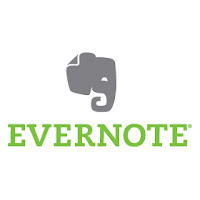 Phil Libin, CEO of Evernote, champions the virtues of offering liquidity to equity holders: "People sell 10 percent of their stock, and they have an incentive to make the other 90 percent worth more."

As we wrote earlier, employee buybacks are entering the spotlight as an effective tool for controlling morale as well as the balance sheet.  However, CFOs hear "secondary offering" and cringe due to the invasive capitalization table practices and rampant leakage of sensitive company information associated with traditional secondary liquidity avenues.

EquityZen has launched a platform for founders and employees to gain liquidity without these harmful side effects.  Our product helps protect companies' capitalization tables and does not require the dissemination of sensitive company information.

Even the best medicine is only useful if the patient knows it's available, so we're holding workshops such as ones we held at DreamIt Ventures and General Assembly to educate founders and employees of alternatives at their disposal.