Shopify: The Path to IPO

Russell Lange
May 21st, 2015
Shopify, an online payments and commerce platform, concluded their IPO this morning and began trading on the New York Stock Exchange at a $1.26 billion valuation. From three founders operating out of Ottawa to 632 employees providing services on a global scale, Shopify has achieved extraordinary growth.

Some notes on their development: 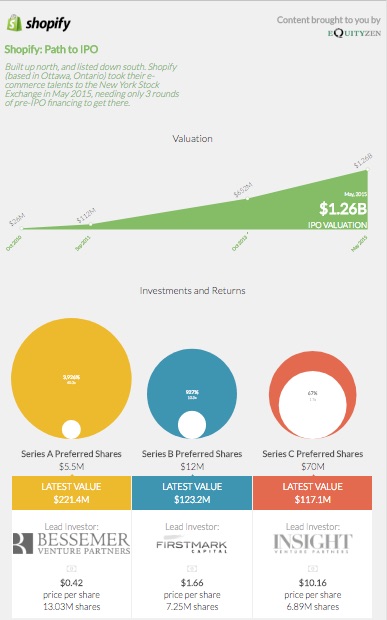 Early Investors Reap Rewards
Bessemer Venture Partners, the lead firm on the Series A fundraise, notched the highest gains on the public offering with a 3,926% gain on their initial investment, made in 2010. The firm owns approximately 30% of the company post-IPO.