Charlie Joyce
Jul 20th, 2017
Redfin, the Seattle-based real estate brokerage aiming to reshape the industry, recently priced its upcoming IPO between $12 - $14 per share. At this valuation, Redfin would become the latest tech unicorn on the public market. As the company heads towards its public listing, one big question lingers for investors: Should Redfin be valued as a real estate brokerage or as a tech company? 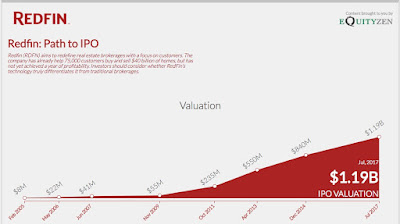 In their S-1, Redfin highlights its growth in 81 out of 84 US markets. However, investors will be more focused on whether the company can follow the traditional growth trajectory of a technology stock, or more slowly like a traditional brokerage. Over the last two years, the company has averaged a 46% annual growth rate. By comparison, Zillow, another Real Estate tech company, grew at an average 65% annually during the same period. 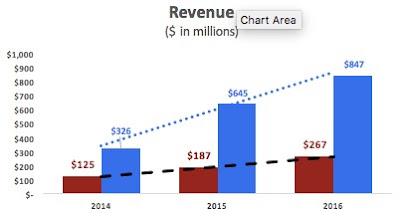 The two companies were founded within a year of each other, 2004-2005, with the same mission: leverage technology to disrupt the residential real estate industry. However, by comparison, Redfin’s trajectory does not appear to follow that of typically high-growth technology companies. It is also important to note that Zillow went public in 2011, 6 years after it was founded, and reported profitability in 2011.

Another important question for investors should be how returns will be distributed for Redfin. At IPO, one big winner will be another Seattle-native, Madrona Venture Group.  The VC firm participated in all but the most recent round of private funding, accumulating an ownership position of 11.4%. 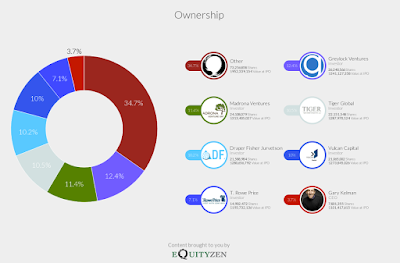 Going forward, Redfin’s move into public markets will make it rare among residential real estate brokerages, which are traditionally structured as private partnerships. The company, which has not yet achieved profitability, claims to save consumers an average of $3,000 per transaction and offer commissions to agents which are twice as high as competing brokerages, but will need to invest over $100 million in IPO proceeds to fund additional marketing and tech development before the company can generate profit for shareholders. It is important for investors to consider how long they’ll wait before seeing returns, especially if the company decides to fund further investment.

The most attractive aspect of Redfin as an investment opportunity is its massive TAM, or Total Addressable Market. In 2016, Redfin supported transactions representing $16 billion in home value, or 0.54% of its estimated TAM. This implies that Redfin is competing for an estimated $3 trillion of residential real estate within the US market alone.

Currently, the company’s revenue is highly concentrated in its “Top 10 markets” but is showing signs of spreading out its bets. With such high concentration, the company’s future becomes highly dependent on the strength of those individual markets. However, if Redfin continues to provide savings to consumers and incentives for brokers, it may be able to breakout from traditional limitations and obtain an outsized share of that $3
trillion market. 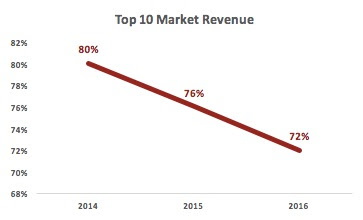