LendingClub: The Path to IPO Phil Haslett
Dec 10th, 2014
Ever wonder how a large, venture-backed company grows to become a publicly listed company? We ran the numbers on tomorrow's IPO, LendingClub.

LendingClub, a peer-to-peer lending platform, is slated to be the largest American tech IPO in 2014, with a valuation of $5 billion. It plans to raise $866 million through the share offering.

Our infographic below shows the returns from early backers like Canaan Partners and Morgenthaler Venture Partners, who led a $15 million Series A investment back in August 2007 at $0.27 per share. That $15 million investment will be worth a staggering $884 million at IPO. Not too shabby. See below on how the other investors did. 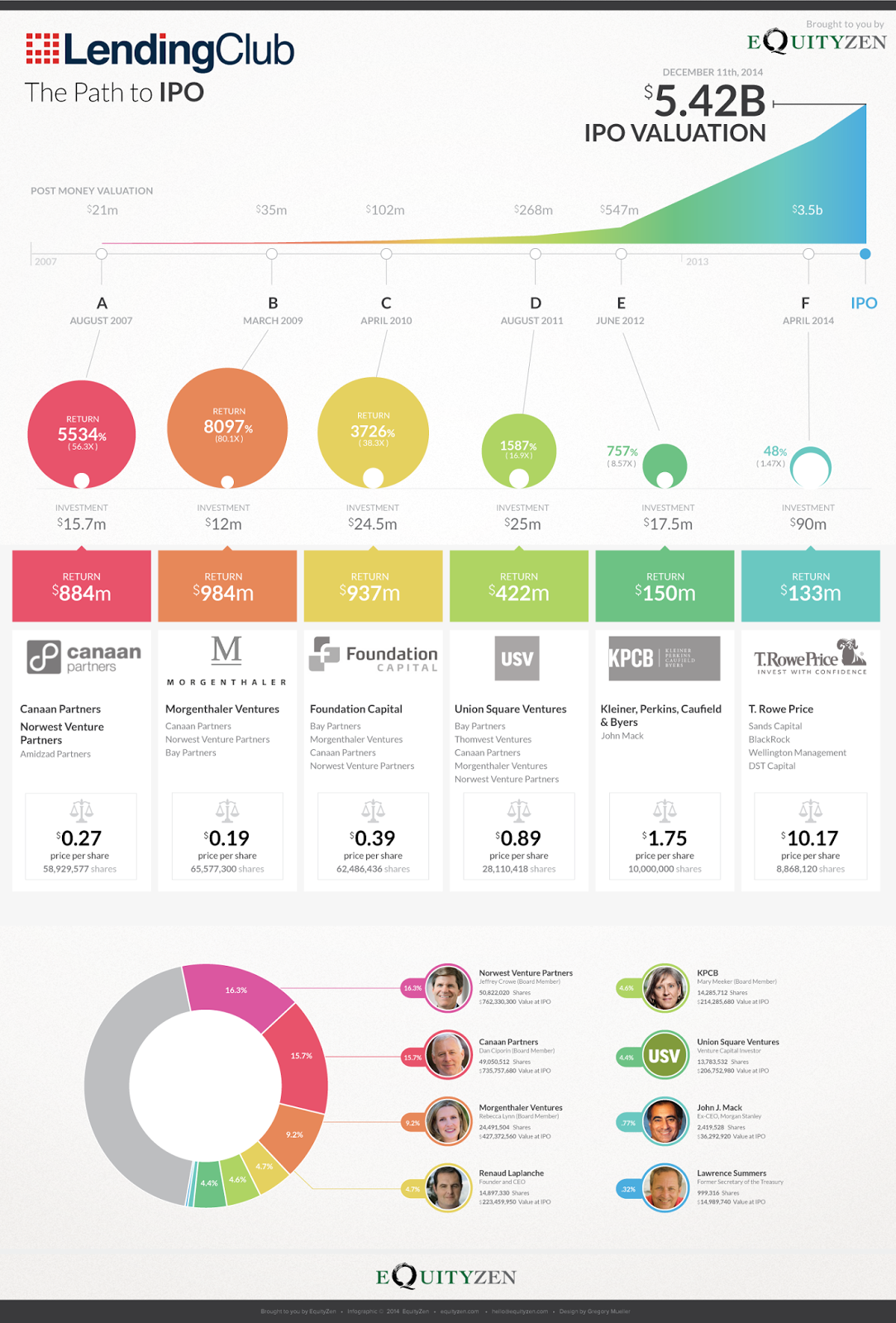 Fun facts about LendingClub's history that you may not know: