Etsy: The Path to IPO (Infographic)

Phil Haslett
Apr 15th, 2015
On April 16th, Etsy, the marketplace for eclectic retailers, will hit the public markets at a $1.8 billion valuation. So, how did it get there?

Some of the facts about their journey: 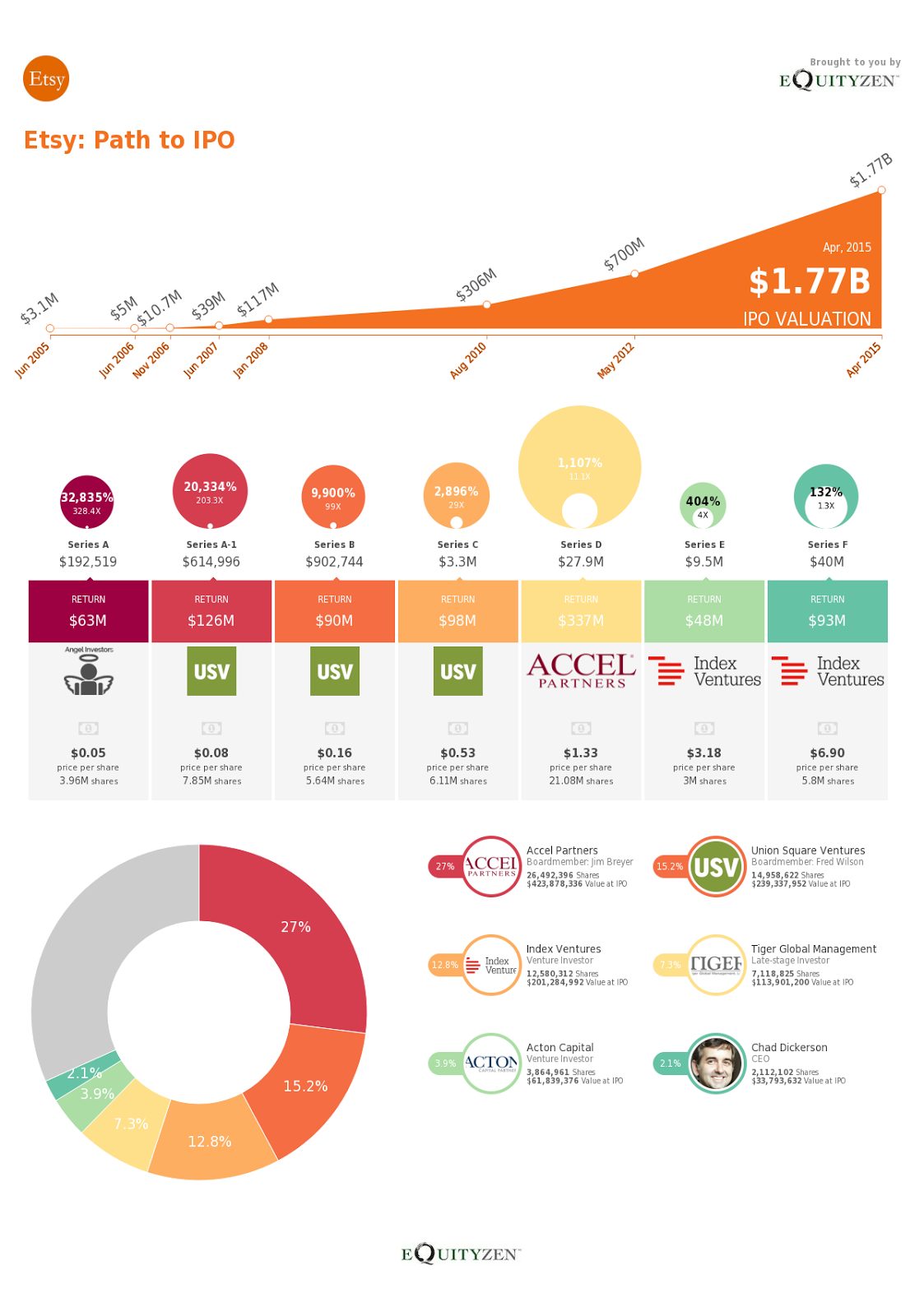 Big win for Fred Wilson and USV
Their long path to being a public company has reaped huge rewards for their earliest investors. USV initially invested in Etsy at $0.08 per share, and stand to make a 200x return on their initial check! In total, USV will own a stake in Etsy worth $240 million at IPO.

Biggest Payday to Accel Partners
Jim Breyer, one of Facebook's earliest investors, joined Etsy's board in 2008, and his firm Accel Partners led Etsy's $28 million Series D financing. Accel is currently Etsy's largest shareholder, owning 27% of the company: that stake is worth $424 million as of the IPO.

What About the Founders?
None of Etsy's founders are mentioned in the company's S-1 Filing, signaling that they are not owners of at least 5% of the company's outstanding stock. This shouldn't be too surprising, for a number of reasons. For one, having multiple founders will dilute the ownership across the group (as compared to Aaron Levie at Box or Renauld Leplanche at Lending Club, both solo-founders that held significant stakes of their respective businesses at the time of IPO recently).

For another, Etsy allowed employees and management to sell some of their stock in company-controlled secondary sales in May 2012 (at $6.90/share) and January 2014 (at $10.60/share). This would reduce the remaining share ownership of the founding team as well.

Taking Care of the Little Guy
In a rare move, Etsy has reserved 5% of its IPO for purchase by Etsy vendors and retail investors (about $11 million worth of stock). These investors can reserve up to $2,500 of stock per person: typically IPO allocations only go to institutional investors an ultra-high net worth individuals.
View more blog posts